The legendary seven Rainbow Bells have been stolen by the evil scientist Dr. Warumon, who plans to use them to conquer the world, and Princess Melora, the symbol of people's hope, has disappeared. Dr. Cinnamon's three fighters, TwinBee, WinBee and GwinBee, are sent to get the Rainbow Bells back and stop Dr. Warumon's ambitions.

As opposed to the standard scrolling shoot-em-up gameplay featured in most TwinBee games, Rainbow Bell Adventures is a typical side-scrolling platformer, similar in concept to that of Rocket Knight Adventures, in which either TwinBee, WinBee or GwinBee must get to the end of a stage.

All characters use their punch to attack, which can be charged to unleash a punch wave. They have two sets of weapons, one of them is either a short or long-ranged weapon (a hammer for TwinBee, a ribbon for WinBee, and throwing rattles for GwinBee), and the other one is a gun, which is a reference to a cutscene from Detana!! TwinBee in which TwinBee is shown with two guns on each hand. All three can temporally fly in eight directions by propelling via a rocket pack that must be charged, as well as hover.

Aside from their weapons, the major difference between the characters is the time they require to fully charge their punch wave or their rocket propeller: TwinBee has an average charging time; WinBee charges her rocket propeller the fastest but takes the most to charge a punch wave; GwinBee, on the other hand, fills charges his punch quickly but takes a while to charge his propeller.

The bell power-ups from the rest of the series also appears here and it allows any of the characters to obtain various kinds of power-ups depending of the color of the bell, such as the sets of weapons, the gun, speed, options and invincibility. Unlike other TwinBee games, the colored bells are obtained randomly by defeating enemies instead of shooting at the traditional floating clouds.

The game also features a versus mode, in which players must defeat their opponents for three rounds. 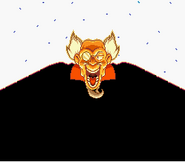 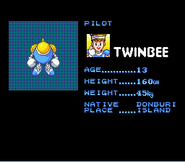 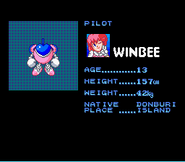 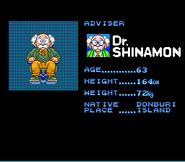 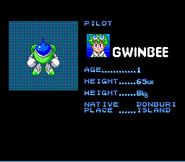 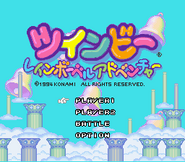 Add a photo to this gallery
Retrieved from "https://twinbee.fandom.com/wiki/Pop%27n_TwinBee:_Rainbow_Bell_Adventures?oldid=16707"
Community content is available under CC-BY-SA unless otherwise noted.