Pastel (パステル, Pasuteru?) is a character and one of the main protagonists in the TwinBee series of shoot 'em up games by Konami, where she takes the role of the pilot of the pink, bumblebee-shaped android WinBee, and is commonly assigned to the second player. She is the granddaughter of Dr. Cinnamon and is Mint's older sister.

Along with her cousin Light, she is also the protagonist of the TwinBee PARADISE franchise, conformed by a radio drama theater, an anime miniseries and a manga.

Pastel has also made cameo appearances as a playable character in games like Battle Tryst, Konami Krazy Racers, Bombergirl and Wai Wai Bingo. Pastel Bomb, a character modeled after her, appears in Taisen! Bomberman.

She is voiced by Hekiru Shiina.

Pastel is a young 13 years old girl with short red (or pink) hair and blue eyes. Normally, she wears her WinBee pilot's outfit, which consists of a white overcoat with a pink chest piece and a large "W" letter. Even so, she's also often seen with other garments, such as her blue school uniform and her pink bikini that she dresses in the intermediate scenes of video games as a fan service. She lives in Donburi Island, where she enjoys great popularity.

Pastel is depicted as a sweet, intelligent and extroverted girl who spends most of her time keeping peace in Donburi Island as a member of the "TwinBee Team". She's the granddaughter of Dr. Cinnamon, inventor of the WinBee ship, and the daughter of Donnamon, the former pilot of WinBee who occupied her role in the older video games. Her cousin is Light, the pilot of TwinBee, whom Pastel refers to as her older brother. She also shares a great friendship with Madoka, a schoolmate and neighbor, and with Mint, the baby pilot of GwinBee. She's usually accompanied by WinBee, which has the ability to reduce herself and accompany her as if she was her pet when she's not fighting.

Pastel is the product of a renovation made by Konami of its classic TwinBee series of shoot 'em up video games, where the anime artist SHUZILOW.HA was hired to give a new image to the series. This, in addition to redesigning the old ships as intelligent robots, created a new series of characters that appeared for the first time in the game Detana!! TwinBee in 1991. Here, Pastel is presented as a beautiful girl who comes out in the middle cutscenes as a reward for passing a level. At first, she was simply called "WinBee", as her ship, although starting from the radio theater series she was properly given the name of Pastel. Konami made this new project a multimedia franchise with different products that were released during the 1990s, along with new video games under the title of TwinBee PARADISE, including an anime miniseries, several manga, an extensive radio drama series, and numerous musical CDs where Pastel appears as a singer. The voice of Pastel in her numerous appearances in video games and other media was in charge of actress Hekiru Shiina.

Pastel has fair skin, blue eyes and pink hair. When piloting WinBee, she wears a pink jumpsuit with a blue "W" (for WinBee) letter in the middle, white sleeves and white gloves.

Pastel is a skilled aeronaut who exclusively pilots the WinBee ship. This machine has an aircraft mode where it behaves similar to an airplane, and a terrestrial mode where it acquires a humanoid form and behaves like a mecha. As with most mechas, Pastel is synchronized with the ship so that she replicates her movements; in fact, WinBee's special ability to attack with a very sharp Olympic ribbon comes from Pastel's own gymnastic skills, who practices this discipline at school.

TwinBee PARADISE was an ambitious project by Konami to expand the TwinBee series to several other popular media, such as manga and anime. The PARADISE series stands out for giving prominence to Pastel and Light, leaving the ships in a secondary role. Even several music albums were promoted with the aim of turning Pastel into a famous virtual idol.

Following the publication of Pop'n TwinBee for the Super Famicom, a serial radio drama version with the title TwinBee PARADISE was produced, which began its broadcast on the radio station NCB on October 10, 1993. The series lasted three seasons, with the third and final season ending on March 30, 1997, and comprising a total of 96 episodes, which would then be published in CD drama collections.

The series was characterized by turning the spotlight on the pilots and expanding the universe of the series with numerous secondary characters which don't appear or that are portrayed differently than they do in the video games. Hekiru Shiina provided Pastel's voice, who would remain working on other TwinBee products and games.

Konami published numerous musical albums based on TwinBee PARADISE, some of them dedicated to launching Pastel (played by Hekiru Shiina) as a virtual idol. 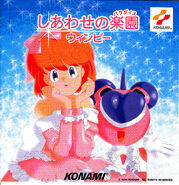 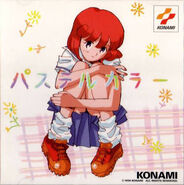 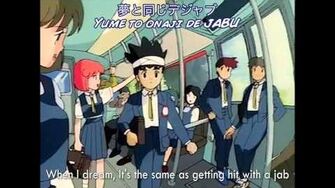 Retrieved from "https://twinbee.fandom.com/wiki/Pastel?oldid=15908"
Community content is available under CC-BY-SA unless otherwise noted.